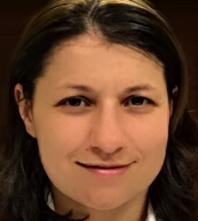 PITTSBURGH, PA (APRIL 8, 2014)—Growing up in a middle-class blue-collar family in Crafton Heights, Stacy Lane never imagined she would one day become one of the most significant infectious disease doctors in Pittsburgh. That changed for Dr. Lane after her uncle was diagnosed with AIDS in 1992.

As a sophomore at Langley High School, Dr. Lane saw first hand the devastation that an AIDS diagnosis caused her uncle and his family and friends. Since he wasn’t out as a gay man, doctors had a hard time diagnosing him. Once diagnosed, he felt he even had to lie to his family at first and told them he had cancer.

After her uncle lost his battle to AIDS in 1995, Dr. Lane was already well on her way to changing the lives of people who were HIV positive or had AIDS. Lane studied at Washington and Jefferson College, Lake Erie College of Osteopathic Medicine and then went to the University of Maryland for her infectious disease fellowship.

Her first job as the medical director of Allegheny General Hospital’s HIV program brought Lane back to Pittsburgh in 2007. Now working part-time at Ohio Valley General Hospital and part-time in primary care/HIV at the West End Health Center, Lane still feels there is more that needs to be done for outlier patients.

According to Lane, most of her patients with HIV don’t fit in the box of a traditional doctor’s office. Many are transgender and have limited resources available to them. “A lot of my patients are involved in high-risk situations like buying hormones on the street. I’ve come to realize that they are going to put themselves in danger or I have to find a different way for them. I find that different way.” Lane explained.

Dr. Lane currently has more than 300 patients that are HIV positive and more than 50 transgender patients. Lane goes above and beyond for every single one of them, even if that means taking a nontraditional approach. Dr. Lane has become known as the doctor that people aren’t afraid to talk to. “A lot of my patients, especially the younger ones, text me or message me on Facebook when they are too afraid to go into a doctor’s office.” Lane said.

Former Dignity & Respect Champion, Christine Bryan, nominated Lane because “she is a huge advocate for the transgender community and is one of the few medical doctors who treat these patients in our community.” Bryan knows that many people have been shunned by the health care system because of the lack of understanding and care that is available to them and knows the tremendous impact that Dr. Lane has had on HIV patients in Pittsburgh.

Because of the lack of proper care and knowledge, and the fear that these patients have about their disease, Dr. Lane is in the process of opening her own practice so she can focus on what most practices don’t want to deal with. Dr. Lane is partnering with Rev. Clifford Foster who is the founder of the Central Outreach Resource and Referral Center in the North Side that specializes in minority HIV prevention intervention, Drug and Alcohol referral services, and HIV testing.

Together they plan to open the Central Outreach and Wellness Center in the North Side and focus on HIV and IV drug users. By having her own practice, Dr. Lane can break the traditional mold of a doctor’s office and meet her patients where they are in their lives.

The Dignity & Respect Campaign is an awareness initiative designed to join individuals, community leaders, community organizations, educational institutions, businesses, and corporations under the common notion that everyone deserves dignity and respect. A Dignity & Respect Champion is someone âÂÂÂÂ nominated by a co-worker, family member, or friend âÂÂÂÂ who embraces diversity, embodies compassion, and demonstrates mutual respect.

For more information and to take the Dignity & Respect Pledge, visit www.dignityandrespect.org or to nominate a Champion visit www.surveymonkey.com/s/DR_champion

Thank you for subscribing!

You will receive important news and updates from our practice directly to your inbox.